You'll Never Believe the Twist at the End!

As some of you already know, I have expanded my family. Please meet my little toothless terrier, Atwood: 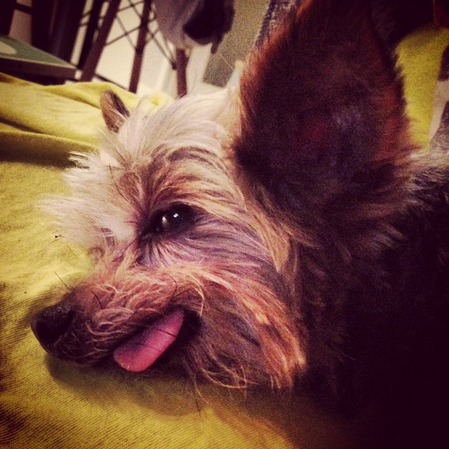 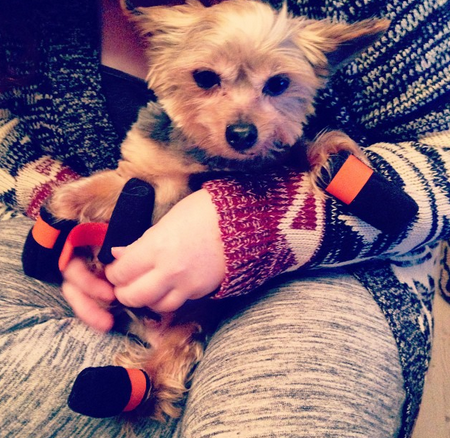 Atwood was rescued at a puppy mill auction by Underdog Rescue last April and fostered by a wonderful, large-hearted woman (a heart large enough for her own three dogs and three fosters). I don't know what I was doing on their website, but I stumbled across his dumb little face, and a few weeks later, emboldened by many a pros/cons list and the fact that no one had expressed ANY interest in him, I was officially his official human.

Because of neglect and etc. he had to have what was remaining of his teeth removed. But I'm not going to lie—that was 75% of his appeal. At best guess he is seven years old, and I've spent only a little time wondering how many little Yorkie babies he's fathered over the years, even though I don't like to think of him “that way.”

Atwood accompanies me to the office where he naps on my desk. 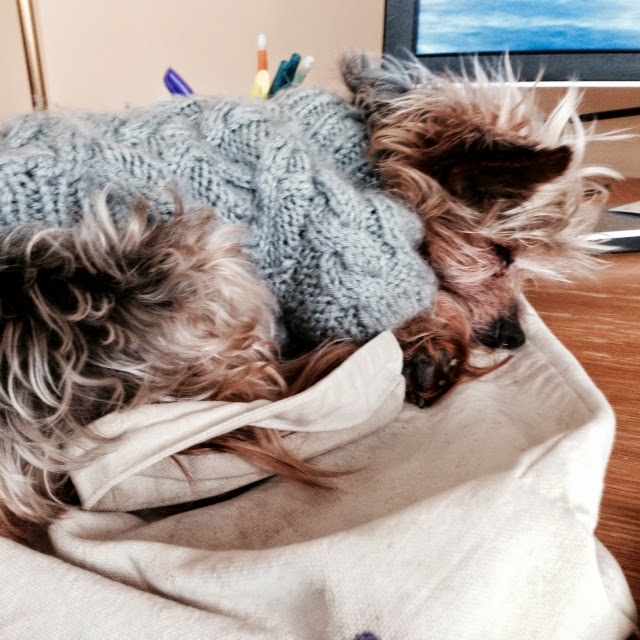 What an idiot, right? Recently I returned from a short trip to the kitchen to discover that he had attempted to help me with some client work:

I tell you: I did not see that ending coming.

Wondering how Edie is doing with the transition? Juuuuust fine... 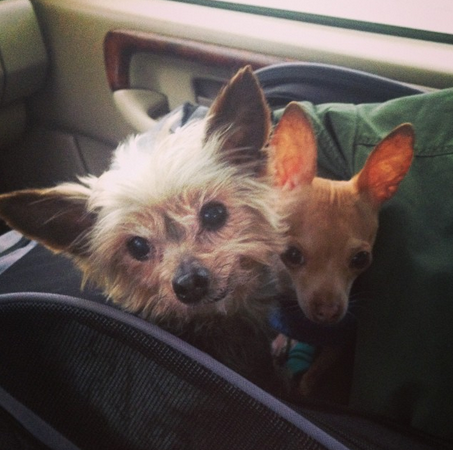