...More Like Introjerk—How to Live in Harmony with Your Contravert

From the Archives: A discussion on introversion/extroversion based on two girls who were broke and started a cupcake company shared a job, a car, an apartment and all meals and workouts...

People are sometimes confused when they learn that I'm an introvert. I understand. Because the thing is—I'm not particularly shy. Sometimes I even feel really on and chatty and can seamlessly flow from funny quibble to quippish anecdote like nobody's business(*1), but afterwords I'm exhausted and then suffer a crisis over my vacillating authenticity and temperamental bravado, which is followed by a pretty dark and weird tormented internal monologue that goes something like this:

A lot of you are familiar with my friend and occasional travel partner and onetime part-time temporary roommate, Kady, of A Lady Reveals Nothing, and perhaps you and I even share her in common as our most extroverted friend—or even the most extroverted human we know.

Here she is just...hanging out with strangers like it's no big deal. Like they're not going to suck all of her life-force vital energy from her: 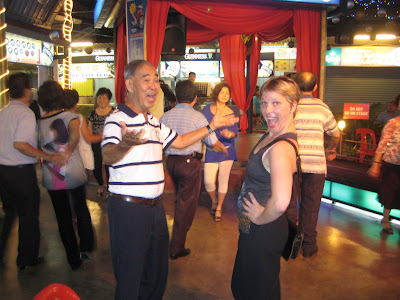 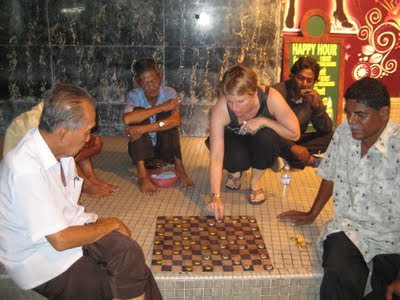 Here are some examples of Kady's manifested extroversion:
(it wasn't me)
I, on the other hand, viewed our  New Orleans carpool commute to work as a social activity. On top of that, while we lived together working in New Orleans, I kept accidentally saying really mean things to her. Just two days into living and working together I said, “Man, we really need to be sure and schedule time apart.” See, I assumed she needs her alone time as much as I do, so this is what I meant to say:

“Kady,
...and I want to make sure that whenever possible I make myself scarce so you don't start hating me.”

My statement was about taking preventative measures to stay friends. But after it came out of my mouth I realized it sounded a lot more like, “Gawwwd I'm sick of your face.”

My intro-awkwardness spills over into other categories of everyday life. For example, I really struggle with talking on the phone. It doesn't matter who you are or how much I love you; the entire interaction gives me anxiety. I've decided a lot of it stems from having no idea how the conversation is going to end.

AND because I over-analyze everything, and because there are no visual cues, I'm convinced you are racking your brain trying to find a polite way to get rid of me. And because I am absurdly sensitive to rejection (yeah, another shocker for those who also think I'm an extrovert), I'm trying to break up with you before you break up with me.

I had come up with a solution in recent years to say, “I'm so sorry but I really, really have to go to the bathroom.” First off, this is never a lie, because, as Kady will attest, I always have to go to the bathroom. But I made the mistake of telling people about this conversation-exit strategy and then some of my really good friends informed me that I've used that one on them.

The other day before Kady and I headed out for a night on the town (which for this introvert meant changing out of sweatpants and getting a drink 20 steps from our doorstep), I realized I was ready and she was preoccupied. She said, “I'm sorry; I'm chatting with three different people, but I'm wrapping it up.” I let out a deep sigh and said, “I'm so exhausted by what you just said I think I need to lie down.”

We then chatted about the differences between her extro and my intro, and when she asked if she was annoying, I assured her that she was in no way ever doing anything wrong. But I couldn't even say that in a non-mean way. In fact, I said this:


“You've done absolutely nothing to annoy me but I'm just so aware of your presence all the time.”

After reading about what an introjerk I am, it's very important you know I have spent time on both sides of the “___version” fence; I've just been stuck over here on the intro side for a much longer period of time. And because my ambiversion obviously translates into my being an expert on the topic, I've accumulated some important information for both intros and  extros:

Do not assume an extrovert is a confident person.
Do not interpret an introvert's reticence as judgment or disdain.
Extroverts are often jealous of introverts' personae or personalities.

Introverts are often jealous of extroverts' personae or personalities.

Introverts are not necessarily smarter than you just because they don't say stupid things.
Do not assume what you see is what you get—and all you get—when observing an extrovert.
And in conclusion, if you are an extrovert sharing a space or a life with an introvert who needs some alone time, know that they are not necessarily sick of you; sometimes they're just sick of not being alone.

And if you are an introvert, remember that no matter how earnest your intentions are, it always and only sounds really mean to say, “Wow this movie looks so good! You should go see it... tonight...by yourself... or right now...”

Email ThisBlogThis!Share to TwitterShare to FacebookShare to Pinterest
Labels: How To, On the Road, Spinning Internet Gold Here People, Summer Grimes, You're Welcome