After 16 hours by train and eight hours by bus, we arrived in Jaisalmer in the state of Rajisthan. I'm choosing to call the locale a stone's throw from Pakistan. We were drawn to Jaisalmer for a few reasons, but we had one main purpose: to trek the desert on camels.

For the first time in my life I opted for the pricier package. After the slickest salesman in this monstrous country nearly talked Kady and me into the two-night/three-day package, we purchased two days of camel riding and one evening of under-the-stars sleeping. Why the pricier package? Because it came with warmer bedding, and this place is freeeeeezing. How freezing? So freezing that on the train we took from Mumbai to Jodhpur the night prior, we were ten-times more traumatized by the freezing cold temperatures than by the man who was doing the thing that we hoped he wasn't doing but most certainly knew he was doing and wow he didn't even stop doing when accidental eye contact occurred. That's how freezing.

At 6:30 a.m. we begrudgingly climbed into a jeep that took us 50 km outside of the city. Our camel hands made us chai, eggs and toast over an open fire, gave us a boost onto our camels and a 15-second camel-riding lesson, and we were off. 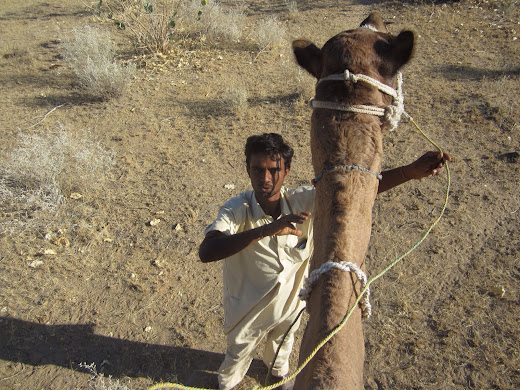 We made a brief stop in a village where the locals no doubt daily roll their eyes at all the Westeners in their technical gear who traipse by for photos of the authentic Rajisthany-village life. 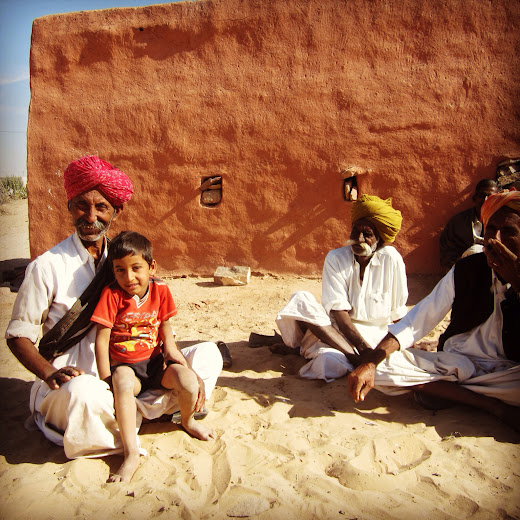 And though my version of technical gear was a little more thrift-store-Target-Old-Navy chic, I didn't mind being one of these tools. Especially after they helped me tie a Lawrence-of-Arabia-esque turban.

Our next stop was a shaded spot under a tree while a lunch of chai, chapattis, rice and vegetable curry was prepared. 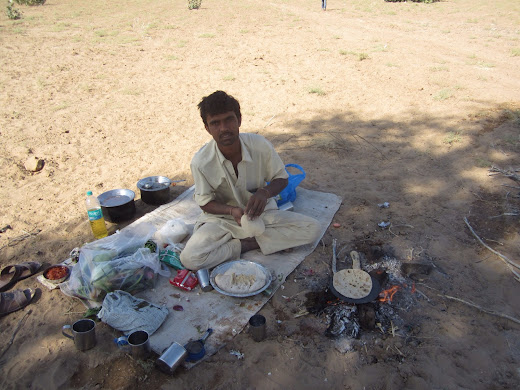 We listened to music and goofed off during this hottest time of day until this desert man appeared and things got real. 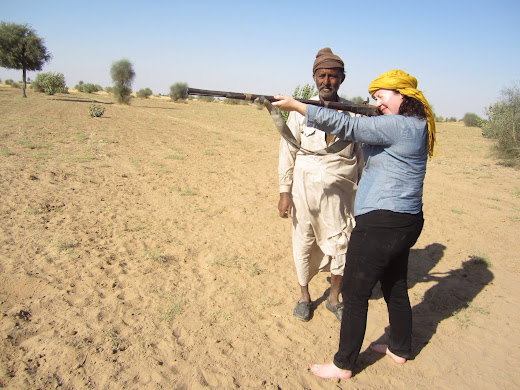 He was hunting some sort of predator that had killed a sheep the night prior. He didn't speak a word of English but all I felt towards him was warmth, which was most certainly 100 percent because he looked exactly like an Indian Bill Murray.

Well, this picture doesn't show much warmth because I sure wasn't expecting his face to touch mine: 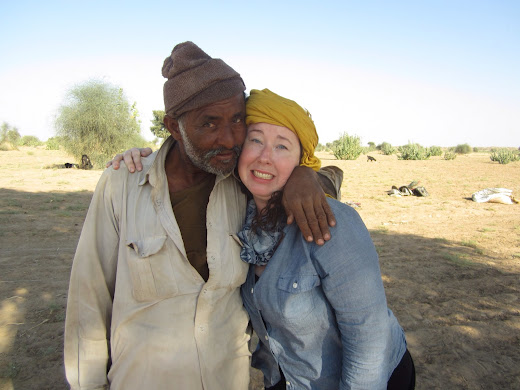 But in this shot, I was channeling my inner desert comrade character (this was good stuff, friends): 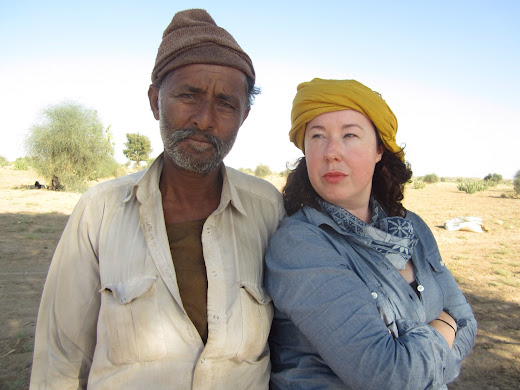 Several visitors joined the cooking fire and were all fed. Besides Desert Zissou, my favorite desert character visitor was a shepherd-boy—because then our guides milked some of his goats and made us more chai. Chai. In the desert. With goat milk. From a goat I had been anthropomorphizing for an hour.

A little after 3:00 p.m., we were back on the camels. Kady rode headstrong-yet-mild Johnny while I rode the lead camel whose name I could not master any better than I could his nostril reigns. Meanwhile, I vacillated wildly between two proposed realities:

Number 1: The entire experience was some surreal sideshow orchestration put on just for us—from the paan-mouthed village children riding dwarfed donkeys to the antique-rifle-toting mystery man.

Number 2: I was a pioneer desert women who had infiltrated the northeast-Indian desert.

But it's nothing short of morbidly arrogant to think a scene exists for you and you only (barring most of the Mexican coast of course) and the more elaborate my pioneer character became, the more I realized she was not only actually a dude—a really chauvinistic one at that—but the embodiment of three decades of Willy Nelson lyrics.

I made peace with a place somewhere in between as we made camp for a night spent under the full moon and stars. 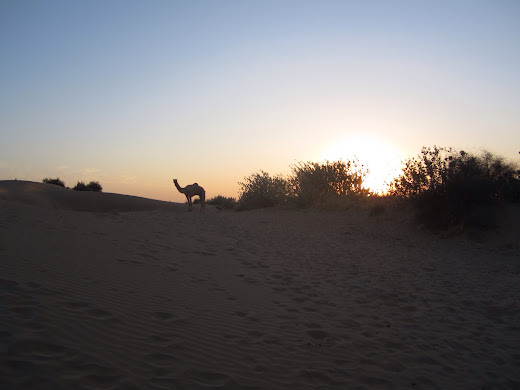 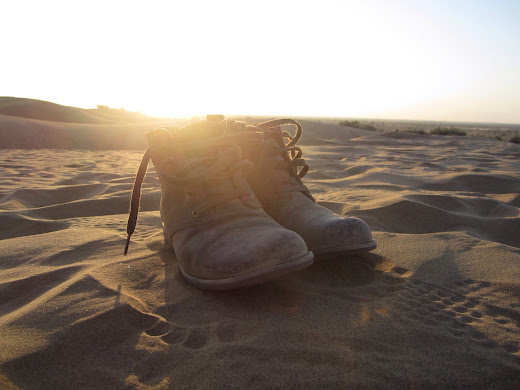 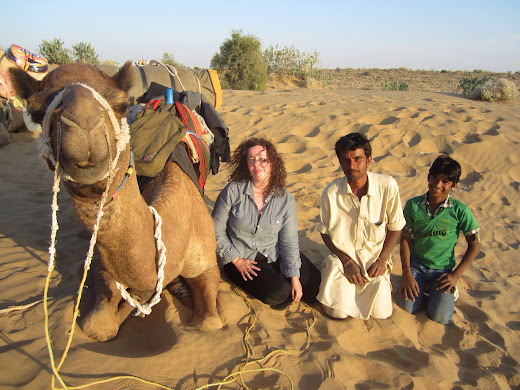 Traveling through India is an unremitting reminder of how little one needs to survive. My toiletry bag shames me unceasingly. When I awoke the next morning to the smell of fresh ginger and cardamom seeping in chai and the gentle grunts and belches of camels, I realized that all it really takes to make me happy is a 50-km jeep ride to the desert and my own tame camel and two or three men to carry all my stuff and make all my meals and all the mineral water I can drink and someone to build me a fire and then clean up after the meal they made me and help me on and off my camel and answer all of my questions and an iPod and portable speakers and a big warm bed and all the blankets I can dream of piled on me by men who will get me more water or food or chai or fire.

Email ThisBlogThis!Share to TwitterShare to FacebookShare to Pinterest
Labels: 30 while 30, I'll show YOU Culture, Identity Crisis, On the Road, Soapboxing, Summer Grimes