Selling My Soul for IPA

Today I sold a blog post for two free IPAs. But that's a lie, really. The IPAs were free. I threw in a blog post as a lax afterthought: “I'll blog about it,” I said. “Great, I'll tell my boss!” said the brewery's rep, much more excitedly than was merited.

For I feared my offer was some sort of covert insult. After all, let's get real: this blog hardly exists any more.

The “best” factor is obvious ($2); the “ implausibility” factor is due to the time constraints: it ends at 5:00 p.m. This renders it virtually inaccessible.

Right after I received my $2 Double Bubble, a brewery dude/rep (bearded white man who was wearing a jersey-like shirt emblazoned with his employer's [brewery's] insignia) took the seat to my left at the bar—he was the first of what would be three dudes to ask me if I was saving the seat (the answer is always no, okay?).

He ordered his beer and I eavesdroppingly heard him offer to pick up the tab for anyone at the bar who wanted to try “the” beer. I began to fidget.

I was only two sips into my $2 beer, but I grew increasingly agitated over the thought of losing out on a free beer. “It's probably just some lame brown ale,” I consoled myself. But then I glanced over at the bartender coaxing sweet dark-gold nectar from the taps and read the tap handle: Pre-Release Upheaval IPA.

I had never wanted anything more. 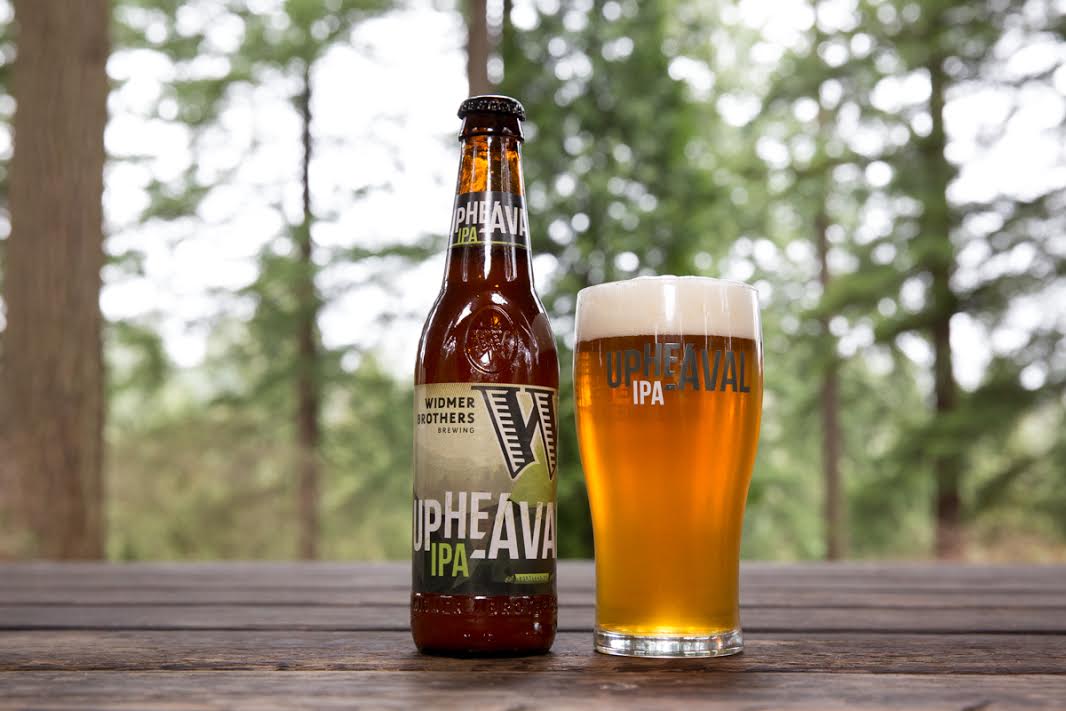 I chugged at my Double Bubble and surveyed the bar's inhabitants. There were 11 of us excluding the brewery rep: We were one woman, two redheaded, one Latino, ten white, nine bearded.

I began to agonize over the thought that the offer might somehow exclude me. Because I didn't have a beard.

White bearded men shook the brewery rep's hand. They spoke the sort of despicable wine-tasting speak that tempts me to forego free wine (I mean...I still go...). But tannins were replaced with malt origins and phrases like “the notes of cola really reveal themselves in the finish” were replaced with “yeah, man—anything over 85 IBUs is just noise.”

Finally, a white bearded man—one of the three whom I'd assured was not taking my companion's seat—asked what I thought of the beer, and at last the offer was made. “I'd love to try it if it's an IPA,” I said nonchalantly.


As if I had not been grotesquely tormented over it, hyperventilating, for fifteen minutes and as if I had not pensively mapped out the first 350 words of my derisive essay complete with sexist—if not classist (reverse classist?)—undertones...


As I took the first sip I realized I, too, would need to offer some sort of commentary on the beverage. Actually the first-sip bit is a lie, because I had started to rehearse my commentary as soon as I hear the word free.

But nothing felt like something I wanted to say out loud on purpose.

When finally pressed, I offered this: “It's exactly what I want to drink.”

He nodded and smiled: “That's the best thing we could ever hear.” I mean, I'm not saying I'm a hero, but right after that he shook my hand, paid for all of our beers, discretely bought me another and departed.

I'm not sure what the moral of this story is. Just be honest? Just be patient? Everyone is good? I don't know...none of that really resonates as much as the fact that there is a man whose job it is to go from bar to bar to buy and discuss beer for and with beer lovers.
Posted by Unknown

Email ThisBlogThis!Share to TwitterShare to FacebookShare to Pinterest
Labels: Help me, How To, How to Win My Heart, Identity Crisis, Soapboxing, Summer Grimes