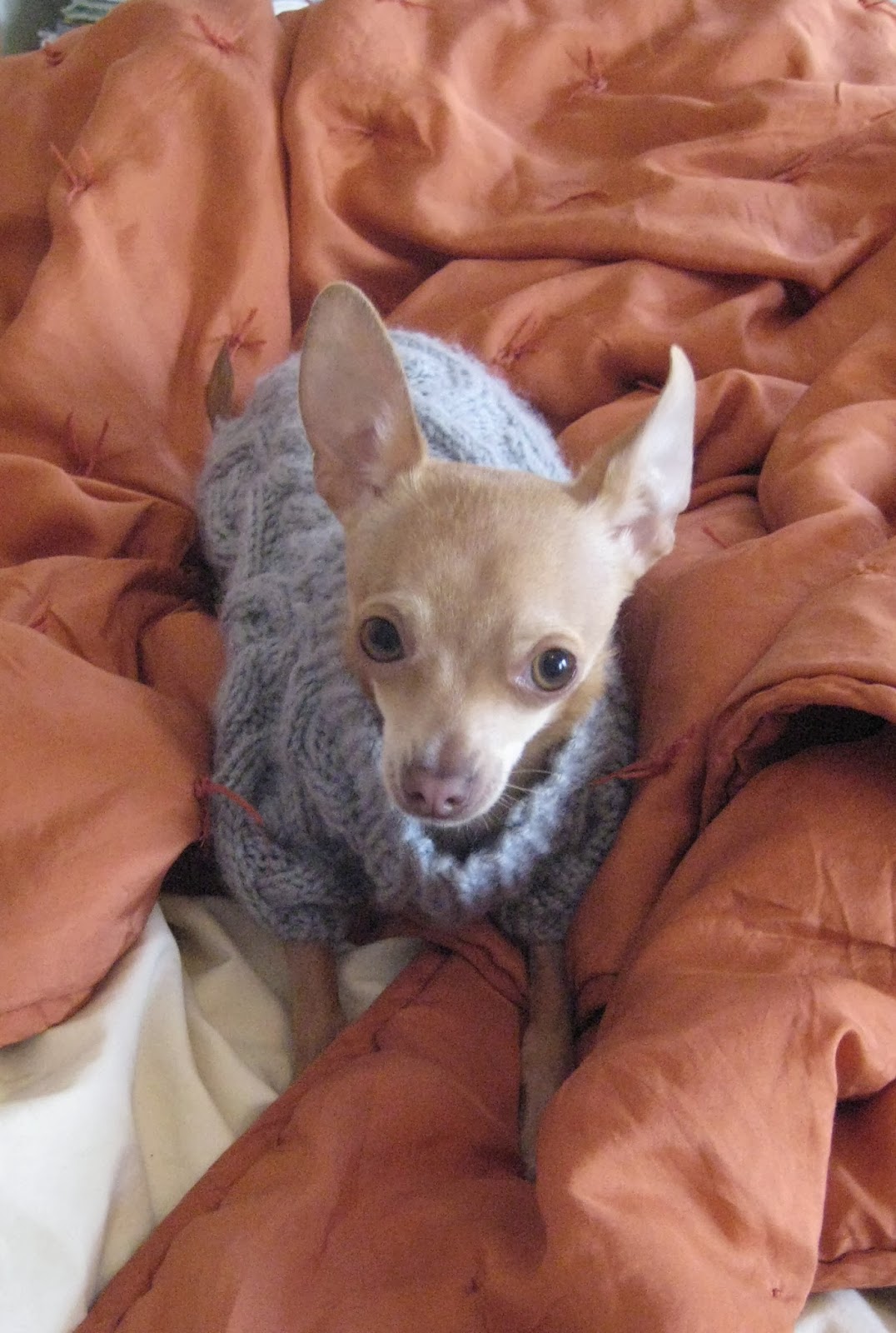 This isn't a fact or anything, but I've sort of decided that there isn't really such a thing as a chihuahua temperament. I just haven't ever met two chihuahuas similar enough for me to say, "Oh yeah—that's totally a chihuahua thing."

Don't get me wrong: It's not that I'm oversensitive to generalizations, because I actually really like to make them when it's comfortable for me to do so or it makes my life easier in some way or it somehow renders the human experience less confounding to me.

Here are some examples of times I've really been comforted by forming sweeping generalizations:
It felt like the whole world was against me the month I decided to live on canned green beans and not put new tires on my car and also write a bad rent check and instead purchase a no-doubt-puppy-mill-bred chihuahua from a pet store. But I just had this feeling about her. And I was right: Edie has pretty much arbitrarily turned out to be the least-destructive self-selected element in my life.

I know that's a loaded and heavy, heavy sentence, so...just go with it.

I do this thing called free-feeding—because apparently we need a word for always having food in your dog's dish, should they get hungry. You can't do this with many dogs, because apparently there are dogs that will eat until they die. But my chihuahua just doesn't really care about food. Unless, that is, there is a very new or very special and also new type of food. However, this pup is not easily impressed. I have held her attention for quarter-hours while soothingly baby-talking her through an elaborate omelet I am preparing just for her.

No, no—there is nothing sad about that.

But I have put that omelet she has painstakingly observed me prepare—with pert ears and alert eyes—in front of her...and she has glanced upon it but briefly and, without so much as a sniff, looked deeply into my soul as if to ask, “What do you want me to do?”

About five times a year, Edie will eat all of the contents of her bowl. Three out of those five times, I will find her rooting around her bowl or in her bed and doing what I interpret as looking for more food to eat. These three times a year my heart leaps. It leaps into my freaking throat. Because what that angel is looking for is food and what I have to give her is—you guessed it—food. I have tons of the stuff, which I have purchased for no other purpose than to feed her with it and love her and make her happy.

I speak to her in nonsensical baby dribble as I scoot through my 300-square-foot apartment on stockinged feet to fetch her more kibble and deliver it. I singsong, “Oh, baby girl, are you hungry? I know what you want. I got just the thing you're looking for. To put it in your tummy boogy boo boo schmoogy schmoo foody doody doo.”

Each pebble of dehydrated non-grain lamb/pea incarnate sings a lullaby as it clangs against the ceramic walls of her delicate dish I lovingly purchased for her from an Asian supermarket.

I stand back to survey the love of my life take pleasure in the meal I have provided for her.

She looks at the dish and briefly at me, and then she crawls into her bed to bury herself under blankets nicer than the ones I sleep with. Because I literally have nothing to offer a living creature.

The end.
Posted by Unknown

Email ThisBlogThis!Share to TwitterShare to FacebookShare to Pinterest
Labels: Faking It, Help me, How to Win My Heart, Identity Crisis, Mom Blog Monday, Summer Gripes