How to be Normal

A while back my sister lived and volunteered in Nicaragua. It's a small world and all, so she happened to live with a girl who was also from North America—Canada I believe. So of course there would be an inevitable Minnesota connection.

The girl's brother came to visit, and, upon hearing my name or seeing my photo, he was sure he had met me. "She's really creative, right?" That was his summation of our interaction—an interaction whose existence I'm rather dubious of. Sure, I can get behind being described as creative. I mean, I did place first at the 1995 Odyssey of The Mind regional competition, and I did invent the word Propackstination, but I'm pretty sure he didn't know about my regionals victory and that I wouldn't invent that genius word for years to come.

So what evidence did this young man have of my creativity?

"Yeah, she was wearing her shirt backwards," he explained. 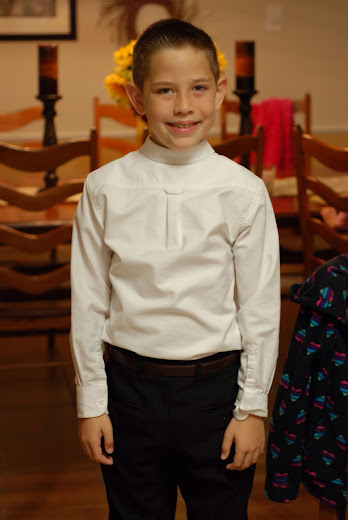 This was some of the worst news I had ever received.

First of all, readers, let me assure you I have never, ever purposely worn a shirt backwards. I mean, if people only knew how much work I put into just trying to be a normal functioning adult who would never, ever wear a shirt backwards or accidentally pronounce American words like I was French or sing a creepy madeup song to my dog about crushing her skull because she's so cute I could die, in a demented baby voice, accidentally in front if a stranger...

This has haunted me for—let me do the math—about five years. And last week, I actually met him. At my brother's house. Because that's how small of a world it is. Him=the guy who thinks I wear shirts backwards because I'm artsy (okay, maybe he called me artsy and not creative, but I just don't think I'm ready to even deal with that).

I hung out with them for about ten minutes, and I have never tried so hard to be super, duper normal in my whole life. Not bringing up the backwards shirt thing turned those ten minutes into some of the hardest ten minutes of my life. After all, the only arsenal I had at the moment was the fact that I was not wearing my shirt backwards—not exactly compelling evidence.

What about you guys? Has anyone ever thought you were weirder than you really even are?
Posted by Hobo Siren