The Time I Almost Sent a Naked Pic to My Landlord

There simply is no nimble or clever way to explain to your landlord—after you've been living in your apartment for an entire month—that you don't know how to use your shower.

A little background: I moved into me new place during the first week of April. And for lots of really good, very grownup and logical reasons, I hadn't put up the shower curtain. And I dig baths anyways, man.

So after a run last Sunday and after the landlords had painted the bathroom, it was time to put up the shower curtain (and by this I mean the liner; don't even get me started on trying to select a curtain). So it was shower time. And I went to turn on the shower. Except...there was no lever or anything.

No button. No switch. No gauge. No throttle. No pulley. Nothing.

That's when I realized I was going to have to do something unthinkable: text the landlord to ask for help. But I'd officially been there a month. So I had two options:

Well, both of these options really bummed me out.


I managed something in between and the landlord response was, "I remember there's something weird with that shower. Can you send a pic?"

I was already in the tub and I was grown-up and smart enough to know that the shower head is a reflective surface and I therefore should not be in front of it in my "bath state" while photographing it. So I got out. And I was careful. So careful!

But not quite careful enough as you can see by this photo of my naked body, which I sent to my landlord: 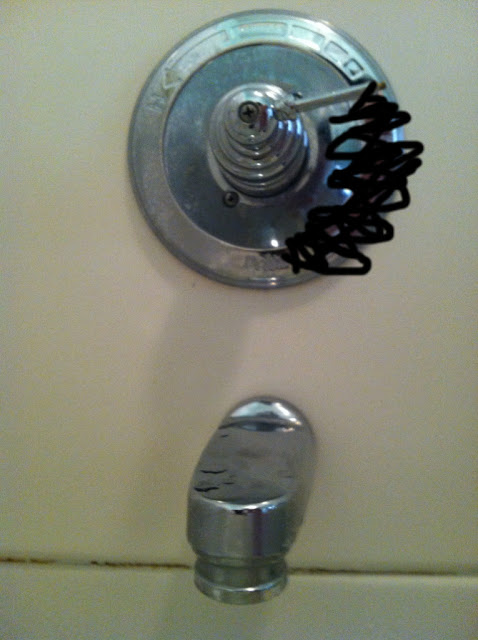 And that is the part where I have never been so happy in my life about the slow wi-fi in my bathroom and I was able to—for the first time ever—magically cancel an iMessage in  mid-send and send this one featuring only a naked hand instead: 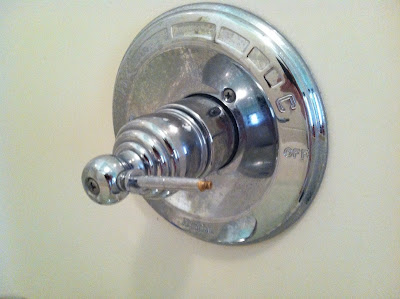 Email ThisBlogThis!Share to TwitterShare to FacebookShare to Pinterest
Labels: 30 while 30, Help me, How To