This interview is thanks to Holland Grimes of Mountain View, CA. 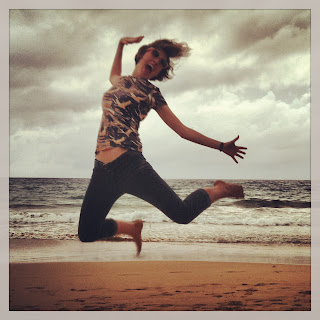 What led you to take a solo trip?
I’ve wanted to go to Hawaii ever since I realized you could get rather inexpensive flights from California. I grew up in Minnesota where a flight to the islands can be very expensive. However, I’ve been in California for two and a half years and still hadn’t managed to make it over. I had a stretch of days off of work (six to be exact)—a Friday to a Wednesday, and I wanted to take advantage of it and do something out of my norm.
I reached out to people who had been to Hawaii and to others who had traveled solo themselves and everyone encouraged me to just go for it. So with little to no planning, in one evening after work, I impulsively booked my flight, rental unit and looked up rental cars. I did this a little over a week and a half before I left. My only preparation was downloading a Lonely Planet kindle book on Maui the night before I flew out. I didn’t get a chance to look at that book till I was on the four and a half hour plane ride to my destination.
What was your attitude toward solo travel?
I’ve always admired people who were brave enough to travel alone. However, traditionally I’ve always preferred traveling to a new location with someone I know or visiting a place where a friend lives.
How did you feel about going on a trip alone?
Initially, I realized I was ultimately afraid of feeling “more lonely” in a different location instead of enjoying my new environment. I was especially aware of this feeling with the idea of a vacation in a tropical location, which I associated with being with close friends or a partner. However, as I got closer to the date and had successfully identified my silly fear of loneliness I realized that I was in control of how lonely I let myself feel. Once I let that go, I felt excited and sort of inspired by the challenge of traveling alone to a new place. 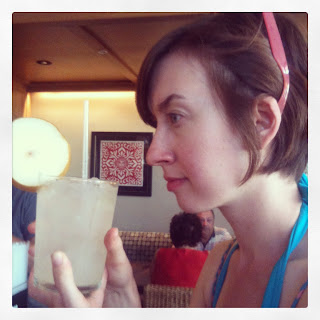 How did it feel to be alone while at the destination?
At the end of the day, it didn’t feel much different from being alone in my hometown. So all my anxiety was for nothing. I’m glad I didn’t let my fear hold me back from trying something new and different.
When were you most aware of your “lone” state?
When I first arrived and after I settled into my rental unit. I walked myself to the beach. I had been looking forward to being by the ocean since I booked my ticket. However, once I arrived to the beach and laid my towel down I felt like I should enter the water but felt a little hesitant and awkward. After I eventually got over it and went in, I didn’t really know what to do with myself and only lasted a couple minutes before going back to my towel. It was at this point, when it occurred to me how strange and awkward it was to be alone at a beach. I didn’t feel sad per se, just a little perplexed as to what to do with myself.
Were there any benefits of being alone? Were there times you were happy and preferred your lone state?
I enjoyed waking up and setting my own pace for the day. I would make the breakfast that I wanted, listen to music I liked and think about what I wanted to do with that day and then make it happen.
Since I was alone, I noticed that people I met were more open to inviting me to things, and I was more inclined to accept. Because of this phenomenon, I ended up having some pretty amazing adventures. Including whale watching and snorkeling on a friend’s private boat early in the morning and homemade dinner a few nights with friends I made. I enjoyed some amazing conversations with people who went from strangers to friends in a matter of hours. I think if I had been traveling with a companion or group a lot of these experiences may not have happened. 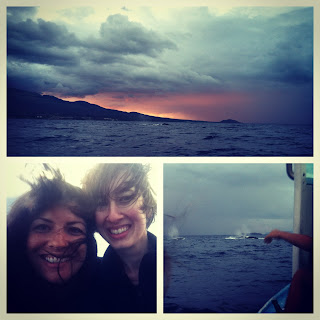 When did you least like being alone?
I least liked it when swimming in the ocean. I preferred having someone to swim with or to at least be on shore. I have a slight fear of the ocean even though I love it. Having a person around gives me certain confidence.
What did you learn?
I learned that it’s silly to avoid something because you’re afraid of feeling “sad or lonely.” Since at the end of the day we are all in control of how we feel or at leasat to how we react to our feelings. Whenever I felt alone I’d call or text a friend, read a book, pray or just change my activity.
Would you do it again?

Yes, I would. Because I was alone I ended up making some new friendships. I think that happened because I was open to it and to being spontaneous. I was willing to go with the flow and accept last-minute invitations. Because of that I ended up doing early morning whale watching on a private boat and seeing seven humpback whales chasing each other! A sight I will never forget. And then I went snorkeling off the boat around an island in the early morning—all very memorable experiences and all because I was open to them and didn’t have an inflexible agenda.
How do you feel about the fact that you took the trip alone?

I’m happy I did it and didn’t let the lack of a traveling partner prevent me from going for it. I feel a little more confident to do it again and no longer feel afraid of it. I think it made me realize in general I’m pretty self-sufficient; it was just getting over a mindset of being in a new place on vacation. Once I identified my fears, I felt stronger facing them.
What advice would you give to someone afraid to travel alone?
Have an idea of what you’d like to do so that you feel a sense of direction and purpose, but try and be open to change and suggestions when they come up. Don’t be afraid to ask for help and try and be your confident self when you meet people (you have a lot to offer, they’d be lucky to have you be their friend J. Be self-sufficient (i.e-own rental car/transportation, buy groceries) but be open to accepting help and invitations from new friends.
Always have a book to read, if all else fails, just sit yourself down and read a book. Try and plan activities that are a nice mix of adventure and familiar. You don’t have to prove anything to anyone. For instance, I scheduled myself to go scuba diving, but found myself silently dreading the day. I realized I was not comfortable going alone and that it didn’t make sense to be anxious about something that was supposed to be fun. So I made the decision to cancel the excursion. And instead I ended up having an amazing day and eating out with two friends at a delicious restaurant, snorkeling in a beautiful beach and walking down a cool street I hadn’t heard of. 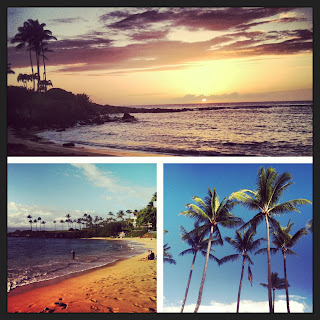 So what do you think, readers? Would you do it?
Posted by Hobo Siren

Email ThisBlogThis!Share to TwitterShare to FacebookShare to Pinterest
Labels: I'll show YOU Culture, Identity Crisis, On the Road