Travel can really bring out the worst in a human being, if you can even call such a thing—a frazzled, exhausted bag of flesh who just spent three nights in one week encased in a hazardous diesel jalopy of a bus—a human being.

It's rough, man: You get three hours of sleep on a 12-hour bus ride only to be dropped off at some strange city at five in the morning. You're dehydrated, you need a bathroom, you're hungry. You haven't brushed your teeth in 48 hours and you don't know where your skin ends and your underwear begins...

They're chasing after the bus before it even slows to a rambling halt, and you are a gaping, flailing guppy with a target on your big, white face. You're grasping your entire livelihood in your shaking arms and your foot has barely made contact with the dusty earth when they come at you in swarms, like locusts. They are an insatiable human river of touts just trying to put a meal in front of their family tonight, and you are a drowning victim in their wake.

You say no thank you, but it's not enough.

You bow your head low and keep marching in silence, but it's not enough.

You are curt. You stomp your foot even. You lie and say your friend is picking you up. But it's not enough.

They block your path and they follow you and touch your belongings. They shout prices and destinations. Your blood boils and you're caught somewhere between frightened tearfulness and homicidal, shrieking rage.

This was our state when the bus dumped us a few kilometers outside of Hampi.

He was at least the one-hundredth tuktuk driver to attempt conquest of these two bewildered tourists—these sweet, vulnerable and timid American creatures. We heard the same words we'd heard from the other 99 touts—the same fibs and stretches of the truth:

There is no bus.

Too far to walk.

As always, we were polite at first until the third or fourth rendition of, "How much you want to pay?"

"HOW MUCH DO WE WANT TO PAY?!" Kady shouted the rhetorical question to the sky. "We'll give you three rupees!"

We laughed derisively. The man's face turned to a condescending grimace.

"Hey, nice face!" I shrieked with maniacal laughter. The dehydration and sleeplessness had transformed me into a monster.

His face grimaced beyond condescension into ire-ridden judgment.

He revved his little tuktuk engine and left us in the dust.

We scoffed and twisted our faces into contemptuous pouty frowns and shouted his words at the sky in a deplorable, mocking tone: "Vetty bod people!" We apologized to no one. Don't you know you have turned us into this? Don't you understand we are good people in real life? 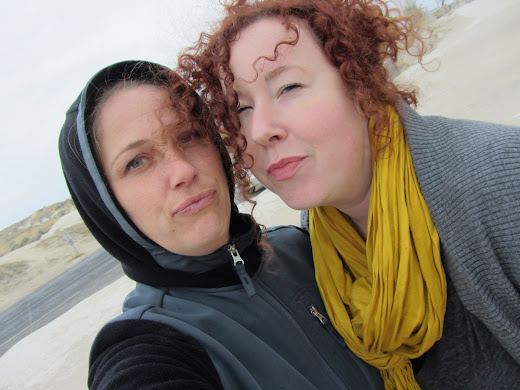 Good, kind, generous people. In real life. People who have dinner parties and recycle and go to farmers' markets and make their own laundry detergent.

But look what you have done to us, India. Look who we've become...

Email ThisBlogThis!Share to TwitterShare to FacebookShare to Pinterest
Labels: Cautiously Irreverent, Help me, I'll show YOU Culture, Identity Crisis, On the Road