It's not that I'm not vain. I mean I can stare at my face for so long it's not a face anymore—like saying a word over and over until it has lost all meaning. And I never quite let my best friend off the hook for these pants: 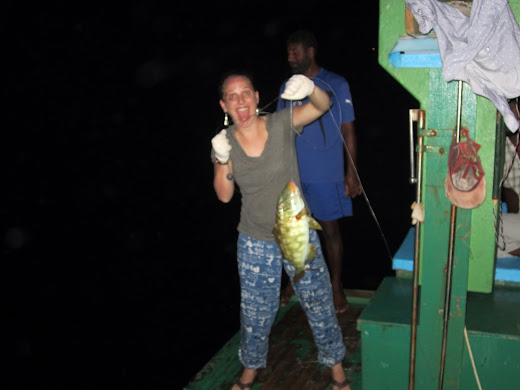 The thing is, budget traveling calls for a bit of an iron stomach when it comes to ones vanity. I mean, I am breaking about ten of my personal fashion rules here: 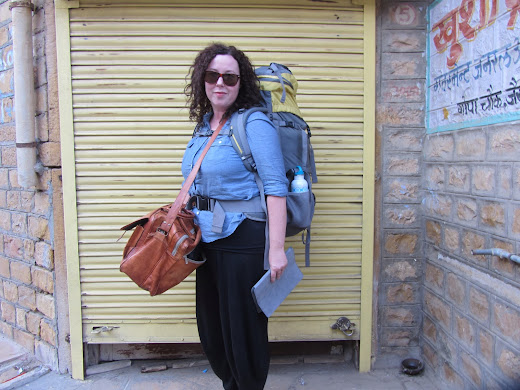 Rat-nest hair, fake Raybans, a sports bra while not exercising...I mean this is bad. But I had just spent eons in transit, so what do you want from me?

But it's only gotten worse: Kady and I have been freezing for more than two weeks, so we are currently walking around Nepal wearing blankets as clothes. Blankets. As clothes. This is what we've become.

And that's okay. We don't really have a choice.

But there was this one thing on this trip over which I couldn't ever quite swallow my pride.

There are three really big decisions one will make in life:
Here's the deal: that third one had me stumped for this particular trip. I thought about it endlessly while making preparations. I had done the backpack thing on my trip through Eastern Europe, and I had done the roll-y suitcase in Southeast Asia: they both have their benefits and downfalls, so I started searching Amazon for a carry-on-size bag with both wheels and backpack straps. You know, like what your mom would use if she went to community college. And what I found seemed too good to be true. With a price tag of $34 and dripping accolades to boot, I had found the portable home for my q-tips and v-necks.

But there was one very grave problem: when the suitcase—completely unassuming and non-confrontational in the thumbnails—arrived two days later, I opened the box to an assault on at least two of my senses. The entire room filled with a pungent new-car smell, and the suitcase looked like this: 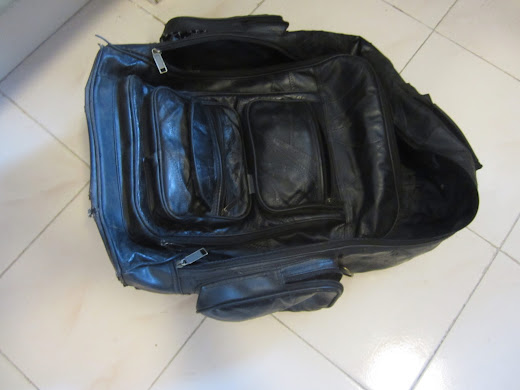 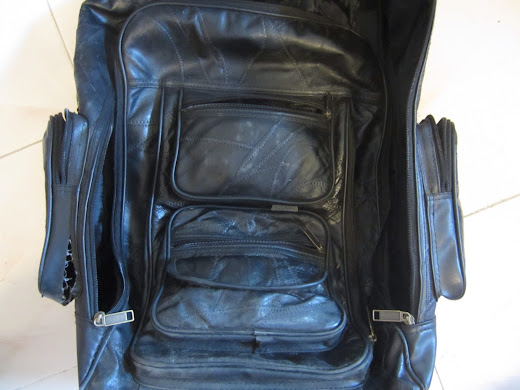 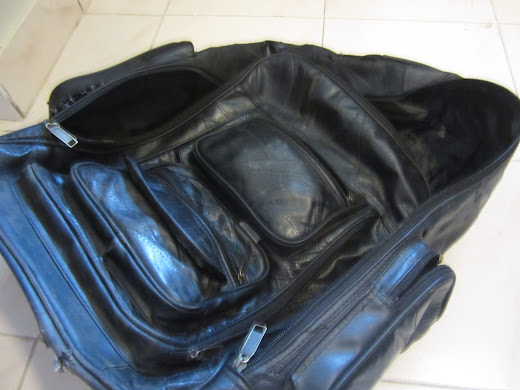 That, my friends, is the unmistakable craftsmanship of genuine quilted leather. If The Fresh Prince of Belair had been filmed in Ukraine, he would have arrived at his rich uncle's house toting this luggage.

I tried to have a sense of humor about it; I really did. I even found myself referring to the side pockets as my sock and underwear drawers. But I was embarrassed. Like, really embarrassed. I couldn't even stop explaining the suitcase whenever I met fellow Westeners along the way. And I hate when I make excuses for something so meaningless. It's like, hi, nice to meet you; I have a slow metabolism.

The suitcase made it all the way to Mumbai...that's a full two months of the trip. There, I wandered into one of those pristine, Western-style wilderness outfitters stores and bought the yellow pack you see on my back up there.

And then it was official. I couldn't call this budget traveling any longer. I was officially backpacking.

I left the black leather number in the hotel in Mumbai next to a rumpled shirt that had, like the suitcase, seen better days. The case had mercifully started to rip in a few spots, so I could feel less disgusting about throwing it out in a city built around slums that are leading the world's recycling industry.

Besides, I was running out of room once I'd started purchasing blankets for clothes...
Posted by Hobo Siren

Email ThisBlogThis!Share to TwitterShare to FacebookShare to Pinterest
Labels: Identity Crisis, On the Road, Summer Grimes