It was markedly fitting that I do one last project with the job that has sent me all over the country the past seven months bringing joy to all by wearing this:


This was a quick one-week project, but I managed to learn a lot about this area, for example:


This Bible Belt Region is made up of several dry counties. This meant I could not purchase alcohol. Because they do not sell it in any stores. You are correct: they do not have liquor stores. You can purchase it in restaurants, but within a certain county, you must be put in a “club” to drink alcohol at their establishment. This means they scan your license and you sign a document. It makes you feel very bad about yourself when you order a margarita at one pm… so I hear.

They have three types of radio stations with all types of bad reception.
I was more than willing to get behind any of these because, well, when in Rome, but none of the stations came through for more than a half mile...

I made a lot of friends in East Texas. But I had to give them all names. Because none of them could talk.

In this rural region, there were pastures galore. This meant horses and cows and bulls and longhorns (are they cows or bulls?) and donkeys!

I was programming radios located in water meter pits in front yards. I was bent over one of the pits when I heard heavy breathing and galloping. I thought for sure I was mistakenly inside of a fence and was being charged by a bull. Dreading what I would see, I turned around sloooowly to find a brown lab and a dachshund hurdling towards me. They tackled me to the ground; it took me a full minute to escape their attention-starved desperation. The dachshund was so excited, she fell into the meter pit four times. I called her Annie.

I finished up and walked to my car. Annie followed. I got into my car and she looked at me as if I had broken her heart. She ran back to the meter pit, looked at it, looked up at me, then back at it. I drove about an eighth of a mile down the road to the next house. As I was programming that radio, sure enough, here comes Annie trotting down the road. This time, when I was done, she managed to sneak into my car. I gently placed her back on the road. Then she did this: 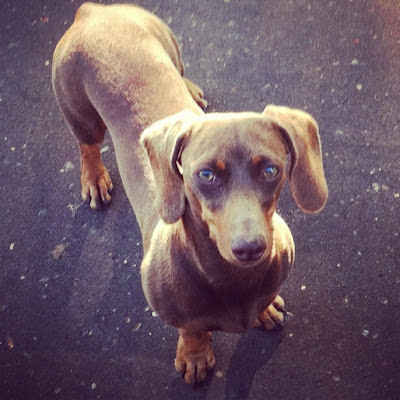 Are you kidding me!? Look at that face. As I drove off, she looked after me longingly and I was like, what is this a freaking Disney movie?!

I arrived at the third meter in the row of farms. A few minutes later, she came trotting down the road. I could hear the theme music to our story at this point. She hung out with me for a bit and when I had to sit in the car to fill out some paperwork, I didn't kick her out when she hopped right in. 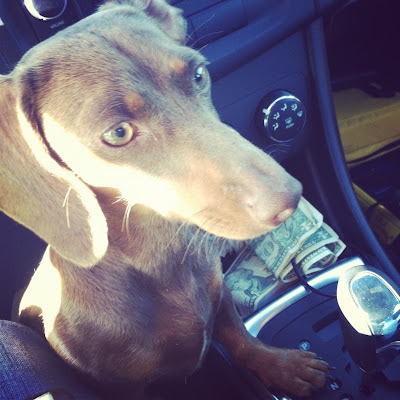 Pretty soon, she settled in and made herself right at home. 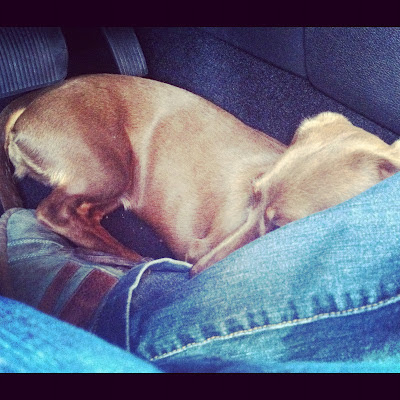 We programmed one more radio and then I gave her a ride home. 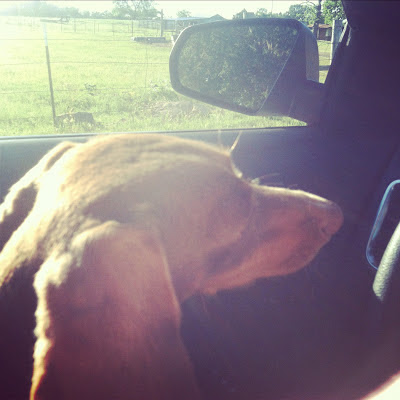 Once upon a time, I was morbidly afraid of spinal taps. To the point that I almost fainted in my Psychology of Women class when the professor was discussing epidurals.

When I was 20 and a doctor announced I needed a spinal tap for diagnostics, I thought I would surely die. However, twenty taps later, I can discuss every detail and aspect of a spinal tap at dinner, including the viscosity of spinal fluid and the volume and speed at which it should flow from the tap.

This is pretty much what happened with my crippling fear of spiders while in Texas. 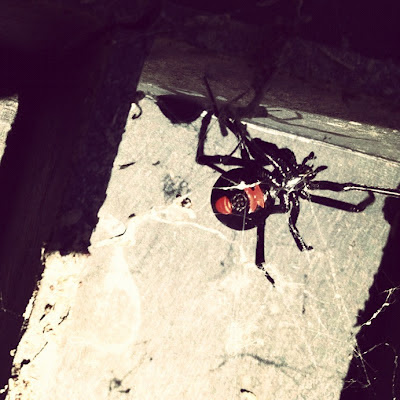 This is a black widow. They live on the underside of the meter pit lid. Of course, when I saw the first one, I thought I would surely die. But after seeing about 25, I was completely immune to them. It was like we had an understanding based on a mutually-assured destruction. And I think it was the first time I noticed how much bigger I am than a spider!

I found a toad in a meter box and this invited quite a dilemma. Was the box his home or was he inadvertently stuck in there withering away from dehydration? If I let him out, would he be trying to get back in, but unable to find away? If I left him in, would he starve to death? Was he lonely in there? 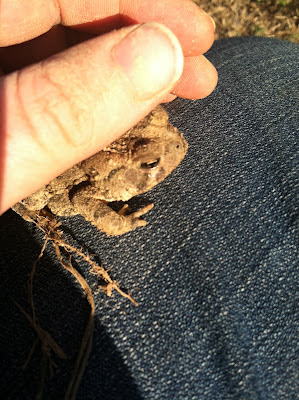 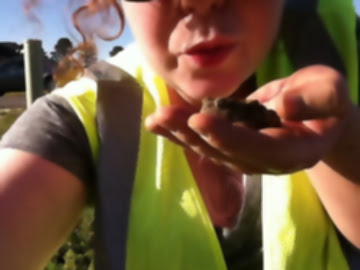 I settled on leaving him outside the box and giving him a little bath with my water bottle. When I came back twenty minutes later, he was gone so I congratulated myself and imagined he happily hopped home to his family. That, or a hawk or dog ate him.

Toothless Maggie was the name I gave this sad looking creature. I believe that she is part chimp and part boxer, but I can't be certain. It took her a while to allow me into her yard and based on her teats, which barely hovered above the ground, I was worried she had a little pack of chimp-boxers she was protecting, but we eventually warmed to one another. 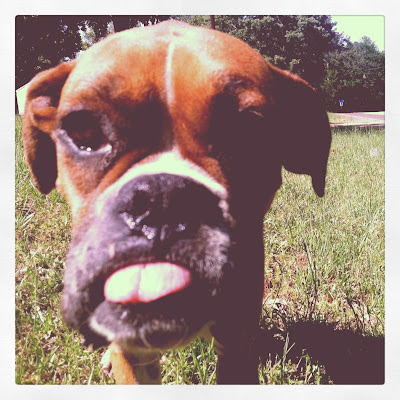 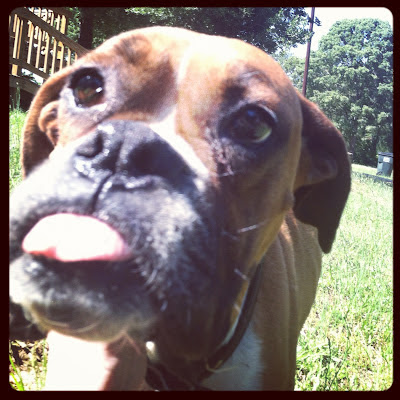 My friend said, "Leave it to humans to breed this poor soul from a perfectly good wolf."

Back in Minneapolis, I am mentally and outfit-ly preparing for my new job. I anticipate a lot less wild life...
Posted by Hobo Siren