Recently some friends brought up the topic of unnecessary frugality. They specifically remember their parents taking gallon-size freezer bags, washing, then reusing them. This image is familiar to me, not only because I recall my mother doing the same, but because I too engage in this behavior. The truth is—I can't really say it is motivated by ecological-concern. You see, there's something about those bags that makes them feel like they're made of gold.

Why? The price of a single, resealable, one-gallon-size freezer baggie ranges from 13 to 19 cents. Is the time it takes to wash and dry one of these worth 13 to 19 cents?

The trend towards saving, simplifying, de-cluttering and reducing is growing and growing. It stands in stark contrast to consumer behavior of the 1980s and 90s when excess was sexy (exsexy—hybrid neologism?) and spending was equated with power, and that power infiltrated everything from ballads to suits.

Most of us are a part of this shift out of necessity. But also, we are realizing that "stuff" just doesn't make us happy. Studies have shown that, among people who have amassed a comparable amount of debt, those who used credit to purchase "stuff" (material goods such as shoes, furniture, electronics) experience more symptoms of depression and anxiety than those who used credit to purchase "experiences" (think: travel, a trip to the symphony).

But the truth is, sometimes you just want to be fancy. Thankfully, this isn't difficult when you have the sort of standards that dictate that throwing away the freezer bag instead of washing out the marinara sauce is a luxury. I've compiled the following collection of things that I view as treats, as well as an explanation of why they just really aren't that indulgent:

1.) Sweetened condensed milk in my coffee


Okay, this list started off a little "Fat People Things.." but a teaspoon of the stuff isn't going to kill you (1 tsp=about 22 calories and less than a graham of fat {.56 g saturated fat}. A lot of people overestimate the volume of a "teaspoon" and eyeball it much closer to a Tablespoon; if this is you, multiply those caloric figures by 3).

One of my favorite coffee shops in town—Spyhouse and its sister diner, The Bad Waitress—have borrowed from the Thai and Vietnamese, offering coffee/espresso beverages with the stuff. Their small size is $3.50; the large costs the same as a kidney on the black market ($4.65). A can of sweetened condensed milk is less than a dollar and I am about half-way through a can I purchased two weeks ago (basically I will have to throw it out before I use it up.) I've been putting about 2 teaspoons in my cup of coffee about five times a week. A $10 bag of coffee lasts me around three weeks using the pour-over method, which means I brew only what I drink and never waste any coffee. So what we're looking at is a habit that tastes like heaven, feels like hedonism, and runs me about $3.67 a week. That's less than $0.53 a day. 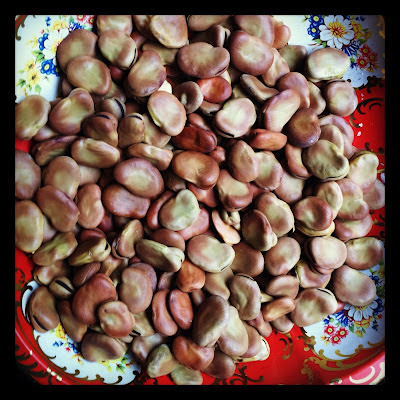 I don't know what it is; I'm hooked. Also called "broadbeans," I think of them as the rich man's pinto. But the funny thing is, they're usually the same price. At the co-op I belong to, their organic dried bulk version runs you $1.89 a pound. Conventional versions will of course be even more affordable. I've had them in a lamb stew with raisins, I've seen recipes for fettucini with fava beans and pancetta, and I've been comically saving mine for a special occasion. 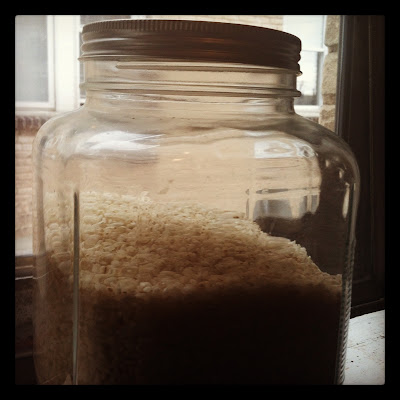 This meal is for the decadent whimsies of the affluent, right? Not really. Arborio rice costs about the same as its brown or white counterpart. For myself, I will probably use about 2 cups of the stuff (less than $1's worth) for multiple servings (6–8; I recommend freezing if, like me, it's just you). A box of organic stock is around $3 (bonus points if you've made your own stock), and a cheap bottle of wine runs $3–6 (it's getting cooked down). You'll need negligible amounts of butter, garlic, olive oil and salt (let's call it $1's worth). Add some chopped bacon, parmesan, and frozen peas (we're talking less than $2 in ingredients), and you've got yourself one fancy-pants meal coming in at $2.50–$4 a serving. 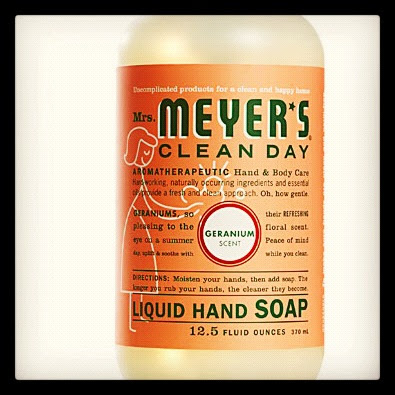 $3.99 isn't an astronomical price tag unless you weigh it against the fact that you can buy hand soap for less than a dollar. I'm not going to harp on about the scary ingredients in some soap and all that other stuff. The simple fact is, I like this stuff because it just does it for me. The scent is intoxicating. I like the packaging. I like the design and typography. I like it, okay?

The funny thing is, when you're using pricier liquid products—whether they be shampoo or laundry detergent—you will use less. Maybe this is subconscious because it feels like liquid gold (not to be confused with the plastic gold of the freezer baggies). But you'll use less and you'll find whatever you're cleaning gets just as clean. I moved into this apartment with the grossest, putridly pink, over-deodorized dish soap left over from the previous tenants. I can't bring myself to just toss it out so I've been using obscenely wasteful amounts of it so I can hurry up and break into my yummy lemongrass stuff.

How about you? What makes you feel fancy?
Posted by Hobo Siren