Lately, thanks to Kady, I've had a moment's reprieve from my normal weirdo-magnetism. Her magnetic extroversion is like a force-field shielding me from awkward encounters with freaks, deflecting nearly all uncomfortable staring, dialogue, and touching. I haven't even been offered a foot massage from a stranger since I left New Orleans.
I'm too lazy to tell my own version and Kady did a stand-up job, so here, from the standpoint of the Lady Who Reveals Nothing herself, a story about Kady interacting with a weirdo while I'm on the phone with our boss:
The other day at work, we were sitting in the car finishing up some paperwork and an older gentleman came out to the end of his driveway and stared me right in the eye.  I shrugged my shoulders at him but he kept staring and so finally I rolled down the window.
He said, (in a Native American-slash-Canadian-slash-Spanish accent),
"To be honest with you I wish there was a problem here all the time so I can see beautiful women like you... Damn.  You know?
Both of you are pretty.
The way you are right now?  I can imagine you in a dress and some makeup. I've been watching you work, and I thought, man, she can look like a movie star.  You know? It's incredible."
Summer was on the phone and I was talking to this weirdo and writing everything he was saying really fast.  She wondered what all the hubbub was about and ended her phone call.  She leaned across me and asked him what he needed, and he said,
"Don't believe who hired you.  Believe a stranger.  Don't believe whoever hired you.  It's not correct to hire beautiful women.  You know what I mean?  Do you understand what I'm saying?"
I'll pick up here.
I answered his question, "Do you understand what I'm saying?" with a simple and honest, "No." To this, he replied, "Well I know what I mean."
I still don't know what he meant, but he was right about one thing. We do look like movie stars. 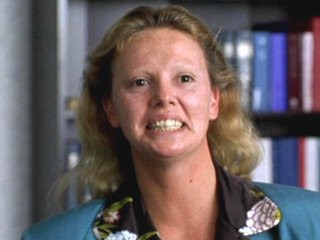