On How All My Neighbors Suspected I Was a Prostitute

I just signed a lease on a one-bedroom apartment in Minneapolis. I have a lot of rules about apartments and it managed to not break any of the big ones.

It got me thinking about past landlords and my relationships with them. I will forever try and replicate the landlords I had in Merriam Park: we never heard from them, they never showed up unannounced, and they never questioned my impulse purchase. 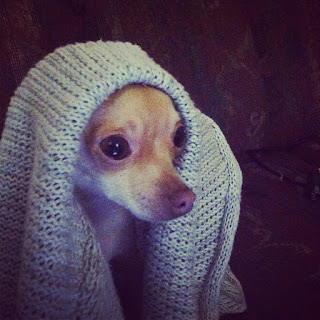 They just sort of looked at it, puzzled, when they saw it dart across the yard when they came to  mow.

My landlord before that was invasive, obtrusive, and controlling. She even tried to get me to tell her if any of the neighbors were having significant others stay overnight.

Then there was the apartment I spent a hazy number of months at in between Merriam Park and moving to Vermont. My father and I signed a lease in the Seward/ Longfellow neighborhood of South Minneapolis. Living in the lower duplex, we were one of the few rental properties on the block.

I was working 60-70 hour weeks and Sundays were my only day off. So I was more than perturbed when my landlord, R, chose Sunday to swing by and do some work in the yard and basement. I was sitting on the front stoop doing something inconsequential while R was raking and slowly making his way towards me.

"Hey, so you're a hair stylist right?"

Oh no I thought. The last thing I wanted to do was cut my landlord's hair. "Well, technically yeah, but I haven't worked in a salon for a while. I work full time for an insurance company so I'm really really busy and don't really do a lot of hair right now."

"But you cut some people's hair?"

Dude, take a hint I'm thinking. "Uhm... just a few at this point. Like my family and my veeeery closest friends. I used to do more, but I'm so busy now..."

"But you do cut some people's hair? Here?"

Man, let it go; this is not gonna happen. "Uhm, probably a couple times a month I manage to squeeze somebody in."

"But people come here? And go inside your apartment and get their hair cut?"

At this point my face is a little red because I don't know any other way to explain to my landlord that I simply am not going to cut his hair. But then he begins to explain his intrusive questioning.

My jaw dropped to the ground. There I was sitting on my front stoop in sweatpants, no doubt drinking a Sam Adams, less than 100 yards from a dozen people who thought I was a prostitute.

"I told them my tenants were a young lady and her father and I didn't think there would be any... funny business."